The PAGHILOM Arts Festival has a visual arts component that will mostly be represented by the painting and sculpture exhibit in various parts of Dasmariñas, Cavite. Each venue has a different sub-theme that is based on the motif of paghilom (healing/renewal).

Pamana
The Pamana exhibit opened on January 31 at the Museo De La Salle in De La Salle University-Dasmariñas. The art exhibit showcased 24 artworks by local artists. A musical performance by the group Bobby Balingit and The Atomic Soul and a performance by artist Winston Hernandez capped the Pamana launch.
The success of the Pamana exhibit was indicated by the follow-up events slated for late February and March. There were art talks given by Arch. Richard Buxani, Bobby Balingit, Aiya Balingit and John Marin of Studio 1616, and a student-artist mural interaction activity in partnership with the street art group CVTY Collective. 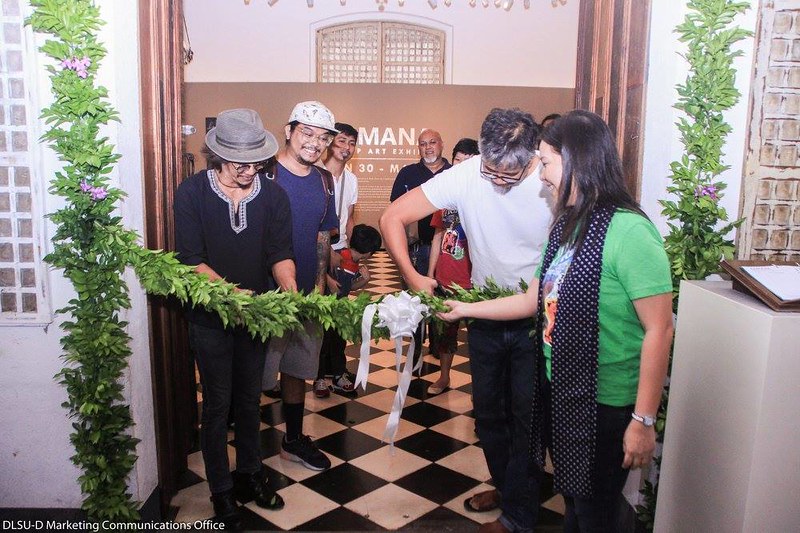 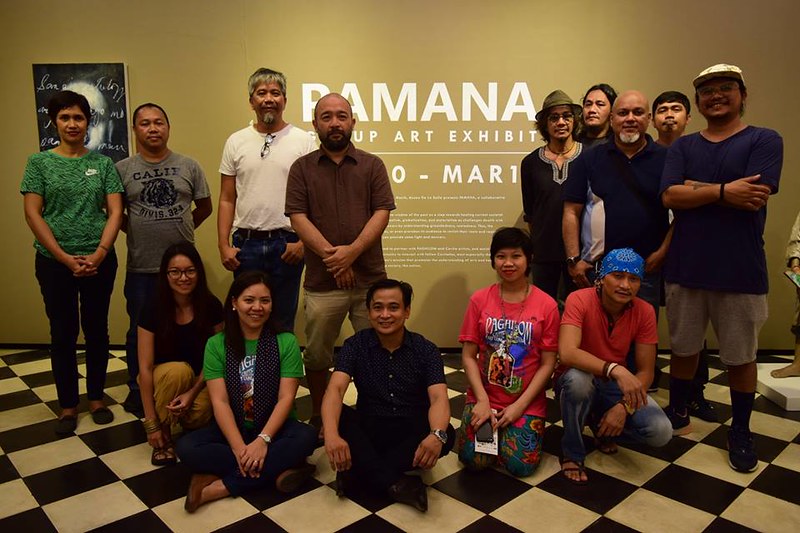 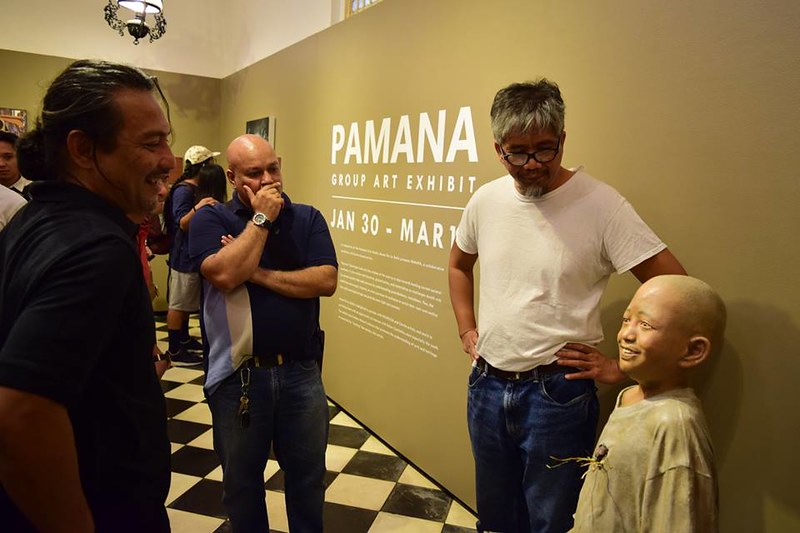 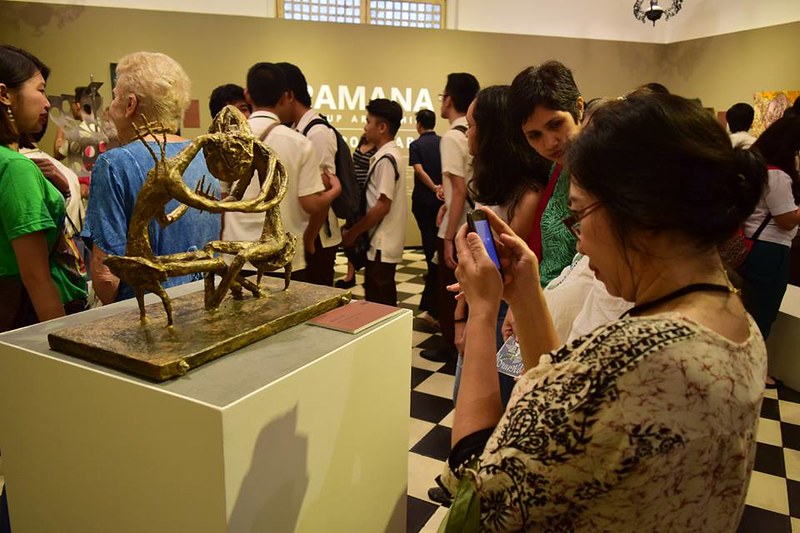 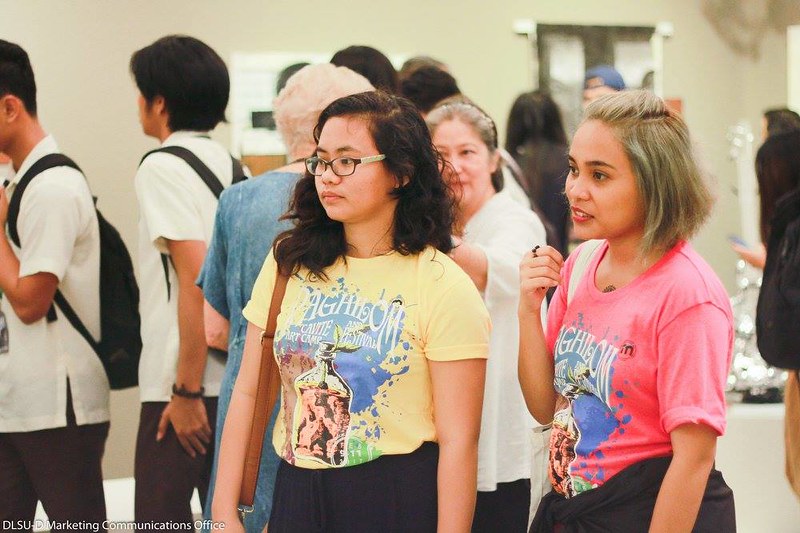 Sintomas
More than 50 artists joined the traveling exhibit Sintomas. Artworks in this exhibit gave the viewing public differing perspectives on the theme of symptoms of social and spiritual decay.
The Sintomas opening on February 7 in SM Dasmariñas was successful launch that showcased the unity of artists and the diversity of talent in the province. SM Mall executives and Provincial Tourism Director Liberty Herrera attended the opening, while the music of Bobby Balingit and The Atomic Soul lent a festive vibe to the event.
After spending a week at SM Dasmariñas, the Sintomas exhibit then moved to SM Trece Martires on February 13, and SM Rosario on February 20. On February 27, it was exhibited at SM Bacoor and the last leg of the traveling exhibit was held at SM Molino on March 6. 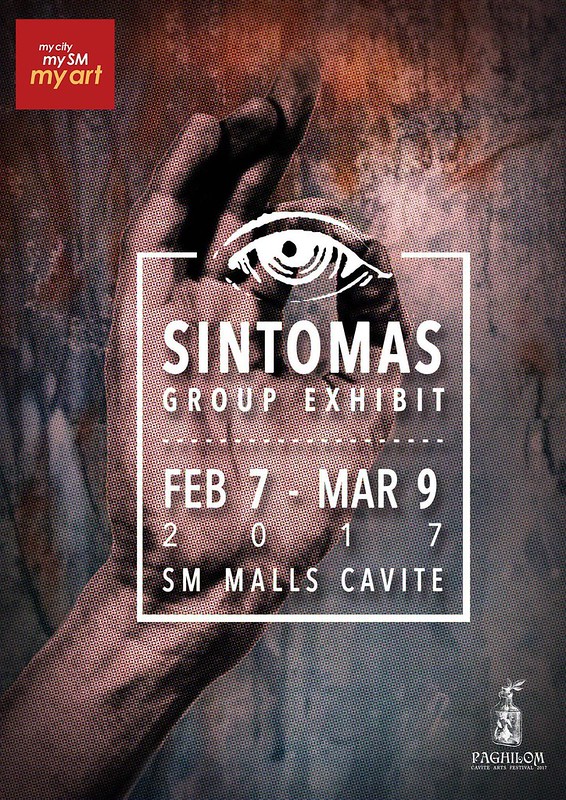 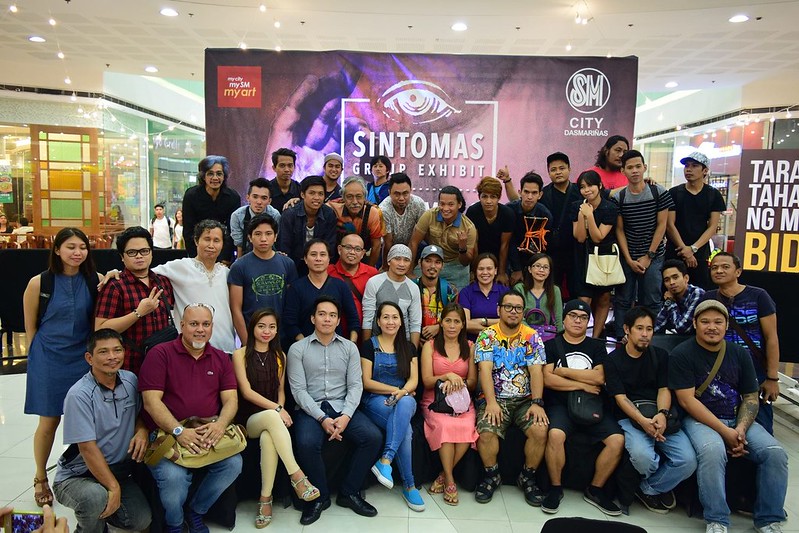 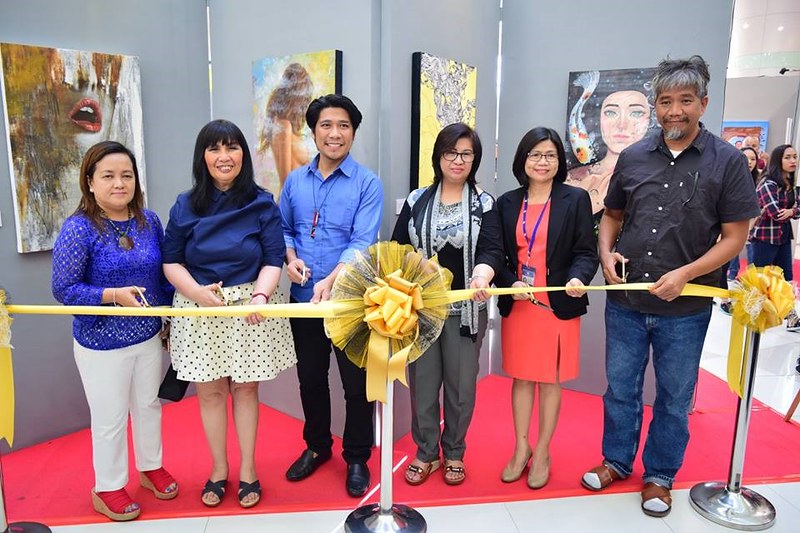 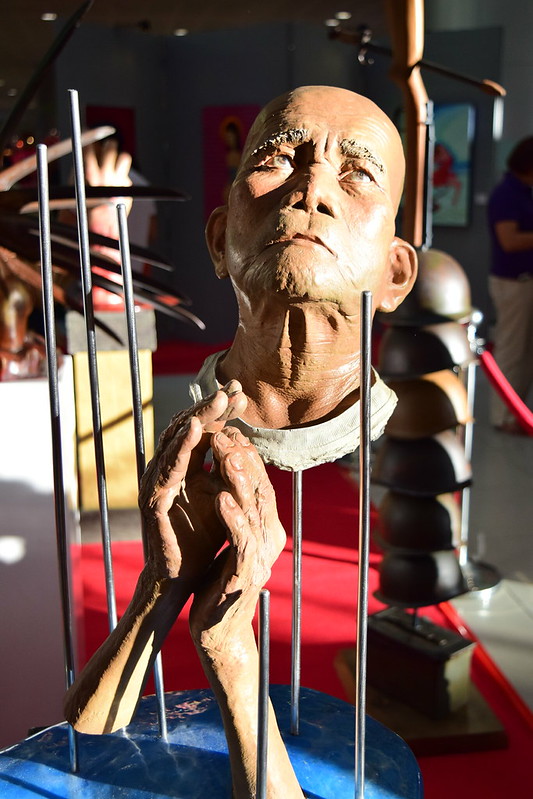 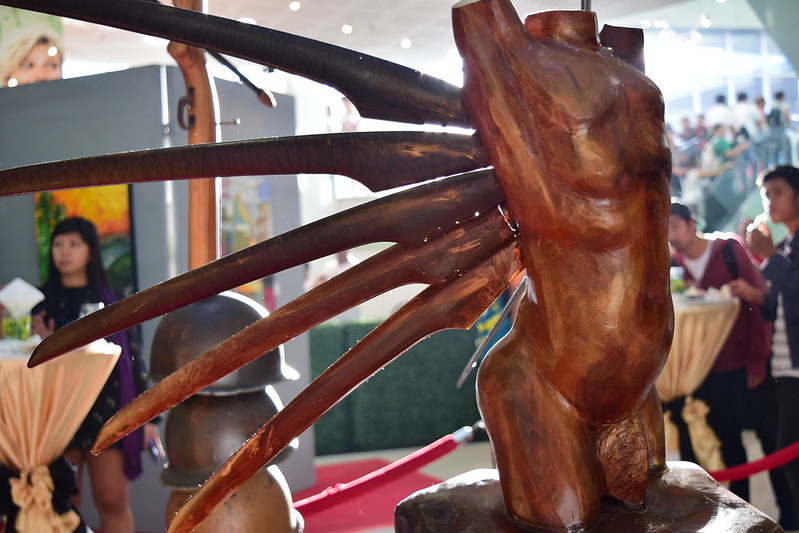 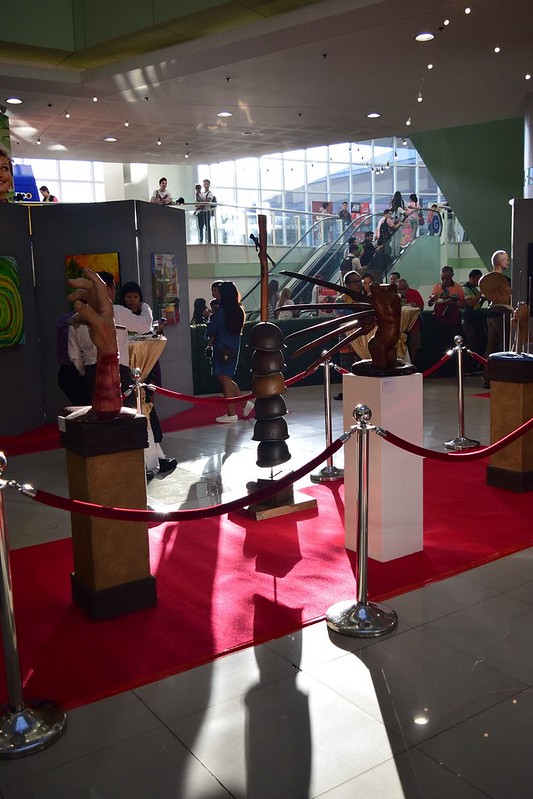 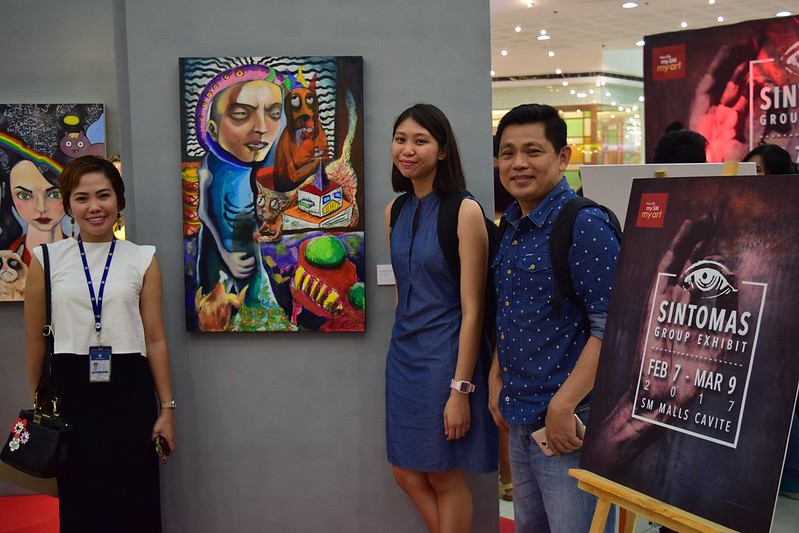 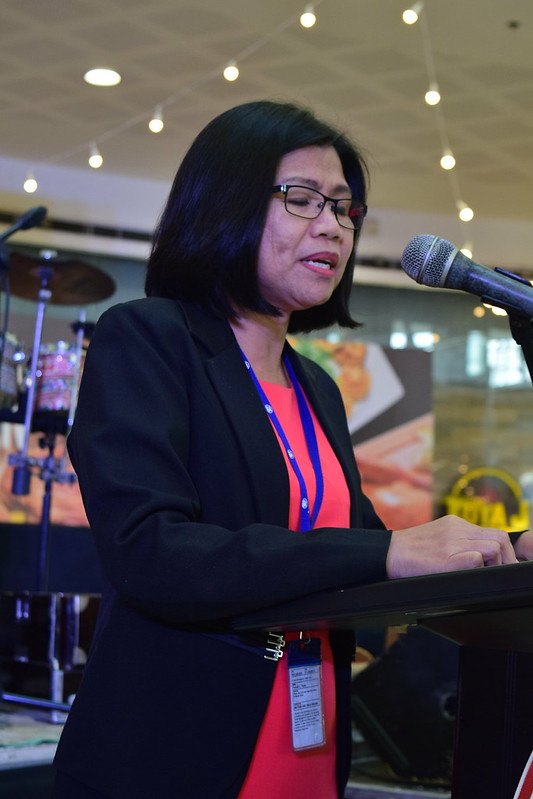 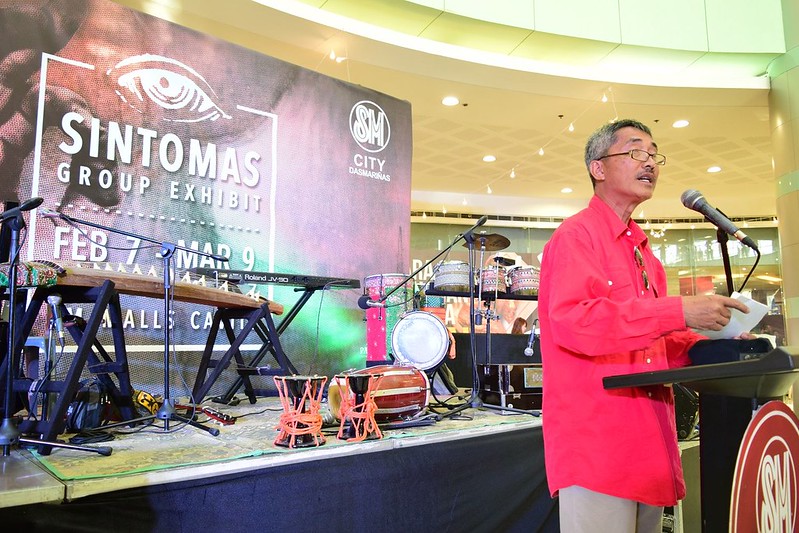 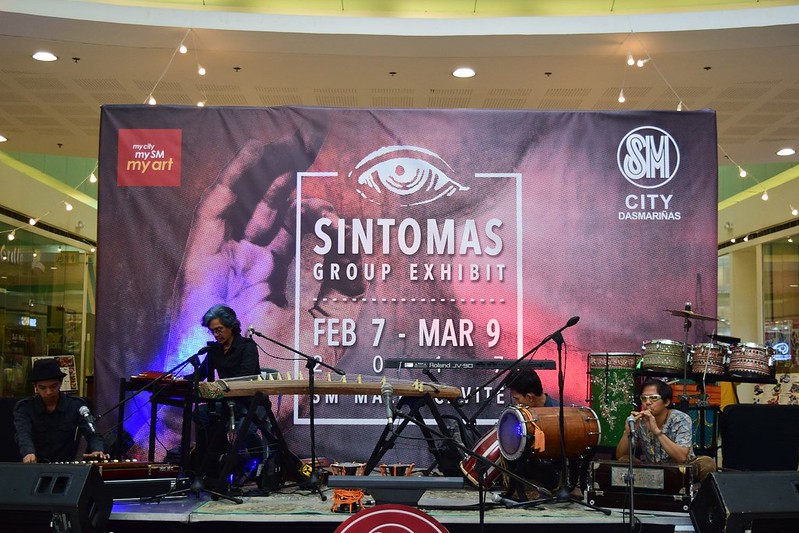 Bobby Balingit and the Atomic Soul
The Atomic Soul identify their music as ‘Ekstatik’, a product of ancient and modern instruments. Weave in their music is a live storytelling and reminiscing the history and folk tales from different cultures from the East.