Mideo Cruz invited local and foreign performance artists to show their piece at the Paghilom Arts Camp and Festival at the Union Theological Seminary. 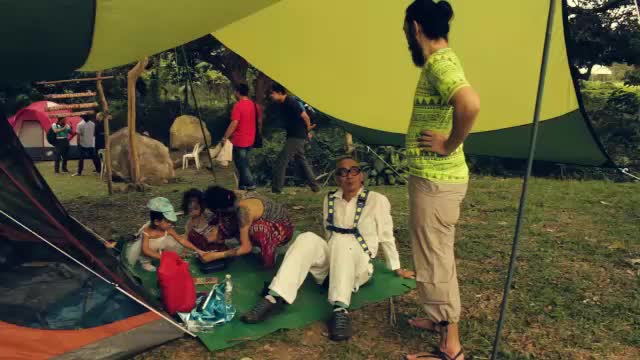 Family as a basic institution is a microcosm of society, in this work we want to present the push and pull dynamic that happens within — the struggle for cultural, economic and political survival. Our bodies and energies, entities of everything that exist, consist the opposing sides — the electrons and the neurons, the thesis and antithesis, the negative and the positive, the yin and the yang, the good and the evil, the black and white, and the left and the right. Weight makes both living and non-living things stronger — a stronger synthesis, a stronger matter, a solid force. 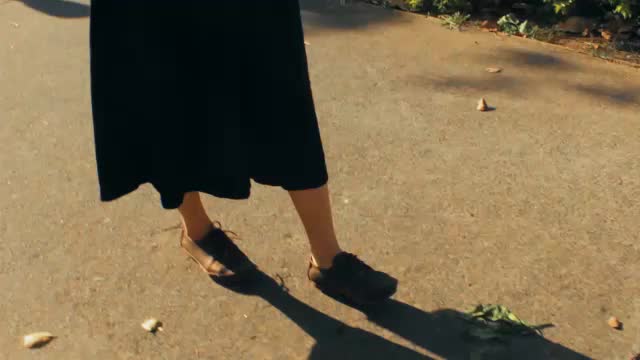 In philosophy, identity, from Latin: identitas (“sameness”), is the relation each thing bears just to itself. The notion of identity gives rise to many philosophical problems, including the identity of indiscernible (if 2 persons share all their properties, are they one and the same thing?), and questions about change and personal identity over time (what has to be the case for person 1 at one time and person 2 at later time to be one and the same person?).


Call from Within
by Hayme Vincent and Rea de Oro

The performance is a spin-off of the Marco Polo game in which the artists finds one another through their voices while blindfolded. They alternately chant the “Ohm” sound which is said to be the sound of the universe that is commonly used in meditation. They are placed on two opposite ends on the site of JunYee’s installation that consists of Bamboo Flags placed across a grassy field in which the viewers were dispersed within the field. When the two meet, their blindfolds undone by one another, they chant one last “ohm” together. This act is the acceptance of the positive and the negative aspects of one’s self. The flags and viewers within the performance space, the crawling, and the blindfold offered as symbolic obstacles in the struggle in one’s subconscious search for peace within the self.

Part of a series of video installation and performances. The piece suggests our experience when constantly seduced by fetish-driven spectacles. 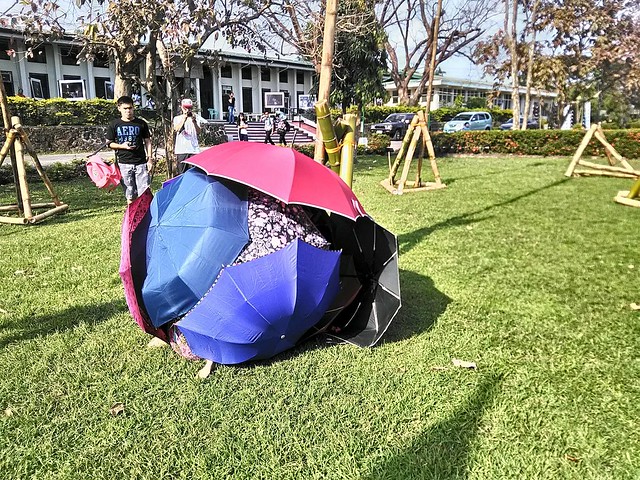 We are provided by nature with everything we need but who will shield nature from us? 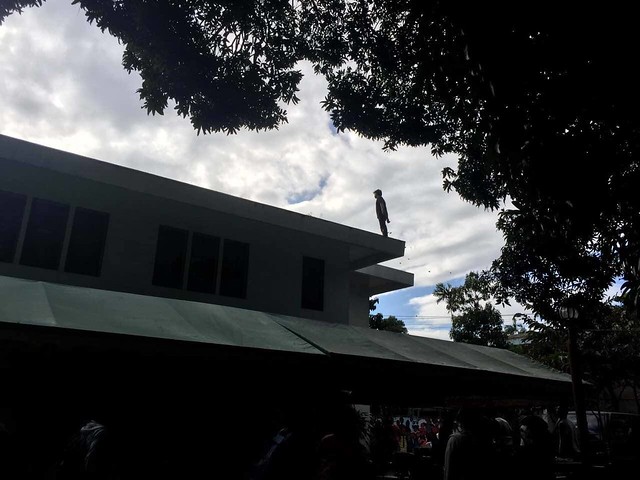 THE AFTERLIFE RIGHT AFTER LIFE
by Wire Tuazon

I know I am dying. Scenes from different moments of my life flash before me with the speed of lightning. I also see totally new landscapes, and I hear sounds and words that are not in my memories. I can understand that these landscapes and sounds are my own moods: dark emotions that take me to gray chambers, to deep abysses, to heavy sounds, to faraway landslides. And, when hope sparkles, the green prairies stretch onward infinitely, and the sounds are hymns and kind words.

There, my body is lying faraway and still. But how can I see, and listen, and remember, and imagine, if I am separated from what once were my senses, from what was my brain, my pulse, my life giving breath?

In this confusion of spaces and times, I stay very close to my body. In this way, when I see dark labyrinths, I am inside my body; when I climb golden mountains, I feel my head in repose. The high, the low, the deep; everything that happened and everything I believe will happen, all have my body as the middle point. Everything that keeps me attached is the past, just as the shadow is attached to a body, without being a body.

Perhaps because of this, I am attached to the cruel moments of my life: to the frustrations, to the resentments, to the revenge … as if these were solid objects that block the light away from me. When there are no objects, the light shines fully and there is no shadow, and this is only possible if my memories have neither frustration, nor resentment, nor revenge, to stop the flow of light. Otherwise, they will stay here, trying to resolve what cannot be resolved.

The performance took place at one of the photo exhibit installation in front of Union Theological Seminary, Admin Building.

This one took place at the camping area at the Union Theological Seminary, Dasmarinas, Cavite. 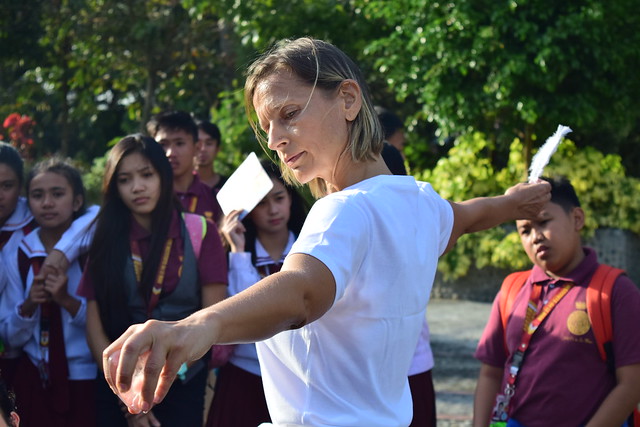 From the memory of a history book I read in my childhood an image surfaced: the Egyptian god Anubis checking the equal-arm scale, where he weighs a dead soul’s heart against a feather. Anubis opens the doors of heaven to the soul whose heart is lighter than a feather or lets the soul be devoured by a demon, in the opposite case.

In my spiritual journey, where forgiveness became the necessary course of action to shed the ballast weighing my heart down, I became inspired by this image.

Dressed in white, the colour of purity and innocence in contrast with the sanguine redness of my heart, I simply stood with my arms open, like the scale’s arms, holding a white feather and a piece of ice in the shape of a heart. I offered stillness, silence and a meditative opportunity to let my heart melt in the presence of others.

The double action of sucking/dropping is secondary to the breathing. The main action is breathing and the performance is meant to help the sitter bring awareness to. Whatever action or purpose we have in life, we are sustained by our breath, which we often take for granted: the slower the breath, the calmer our mind, the higher possibility for us to become conscious and getting in touch with our true selves. Conventional time passes with each breath, but the present reveals our true immortal nature.

Kala is a Sanskrit word for time. It appears in the Bhagavad-Gita [11.32], where Lord Krishna says “He is time.” 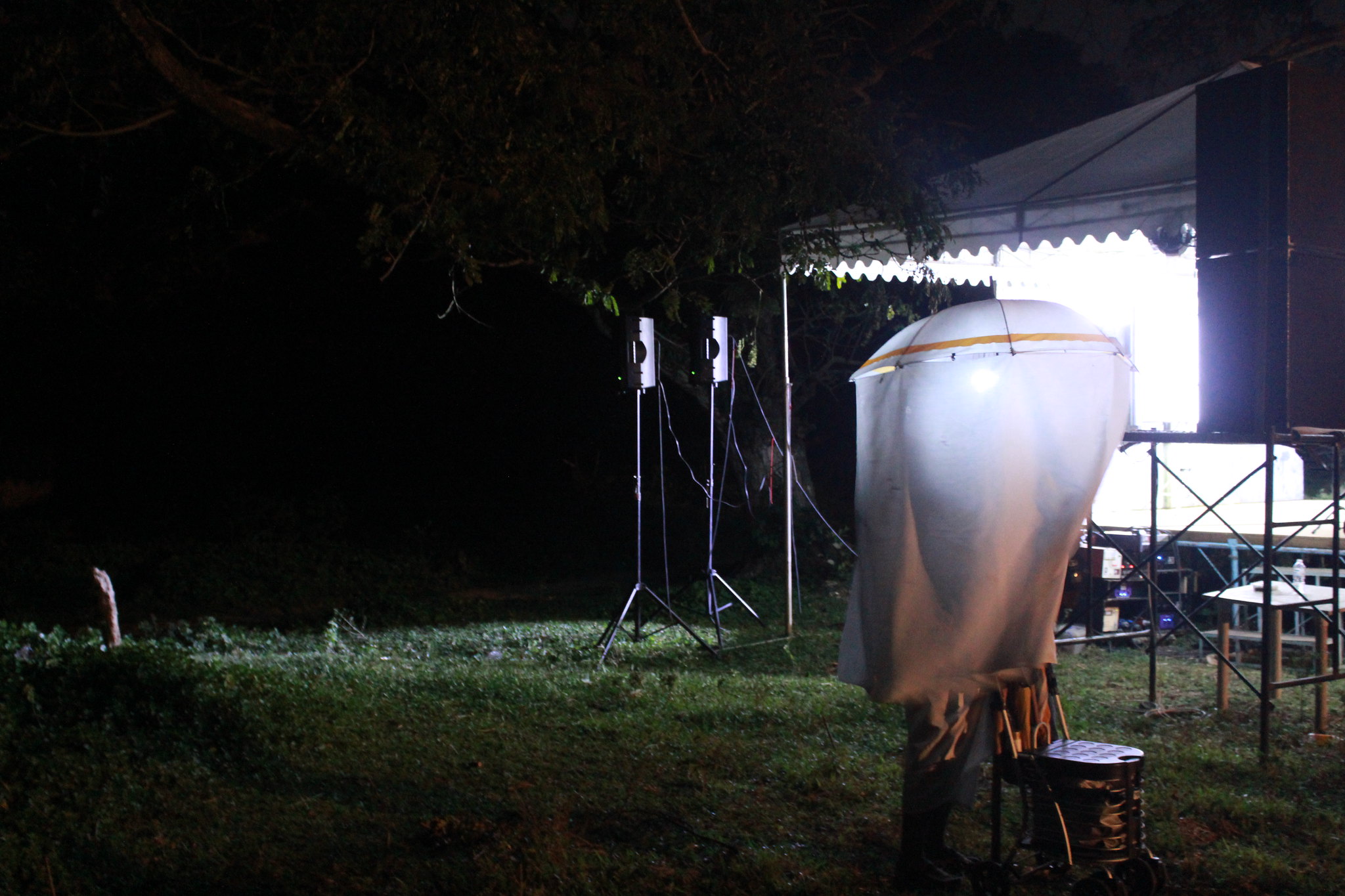